What is a Blockchain? How does the Blockchain work? 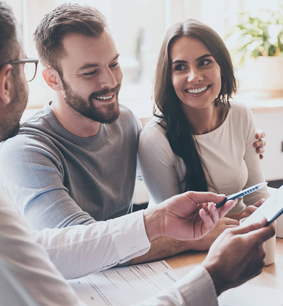 What is a Blockchain? How does the Blockchain work?

What is Block Chain?

Providing the unbelievable opportunity for decentralization, blockchain technology provides the facility to create businesses and operations that are flexible and secure. The demand for blockchain-based services is increasing day by day, and the technology is maturing and advancing at a fast pace.

Bitcoin has been called “digital gold,” and for a good reason. To date, the total value of the currency is close to $9 billion US (175billion FEB2018). And blockchains can make other types of digital value. Like the internet or your car, you don’t need to know how the blockchain works to use it. However, having a basic knowledge of this new technology shows why it’s considered revolutionary.

A Blockchain is a digital, decentralized, public ledger of all cryptocurrency transactions. Continuously growing as ‘completed’ blocks, that keeps a record of all transactions in chronological order that take place across a peer-to-peer network. This removes the need for a bank.

The main innovation is that the technology allows market participants to transfer money across the Internet without the need for a centralized third party which means no need to pay any fee to the bank or any third party. Each node, a computer connected to the network gets a copy of the blockchain, which is downloaded automatically.

Initially developed as the accounting method for the virtual currency Bitcoin, blockchains, which use what’s known as distributed ledger technology (DLT) and performing in a range of commercial applications nowadays. Now the technology is mainly used to authenticate transactions, within digital currencies though it is possible to digitize code and insert practically any document into the blockchain. Doing so creates a permanent record that cannot be changed; furthermore, the record’s authenticity can be verified by the entire community using the blockchain instead of a single centralized authority because it’s a free and open source network and can be used/edit by anyone.

The First knowledge for a New User

When you first use Bitcoin, you can get started with Bitcoin without the knowledge and understanding of its technical details. Once you have installed a Bitcoin folder on your computer or mobile phone, it will generate your first Bitcoin address and you can create more whenever you need one. You can disclose your addresses to your friends so that they can pay you or vice versa. In fact, it works like email, except that Bitcoin addresses should only be used once.

Recently you may have heard a lot about terms like “bitcoin,” “blockchain,” and “cryptocurrency.” Some of it is build-up, but some of it points to important forces in the financial services industry. So what does it all mean?

Let’s start with some quick definitions. Blockchain is the technology that enables the presence of cryptocurrency (among other things). Bitcoin is the name of the best-known cryptocurrency, and the blockchain technology was invented for bitcoin. A cryptocurrency is a medium of exchange, such as the US dollar, but is digital and virtual which uses encryption techniques to control the creation of monetary units and to verify the transfer of funds.

What is Blockchain technology?

In the world of finance, it is possible that you’ve likely heard some of the following terms if you’ve paid attention: Blockchain, Bitcoin, Cryptocurrency, Bitcoin Cash, and Ethereum. But what do they mean? And why is cryptocurrency rapidly is on fire?

As society become increasingly digital, and technology is increasing rapidly financial services providers are looking to offer customers the same services to which they’re comfortable, but in a more efficient, secure, and cost effective way in a world of technology competition. Here enters Blockchain technology.

The background of blockchain is a little vague. A person or group of people known by the pseudonym Satoshi Nakomoto developed and released the technology in 2009((In my opinion, I believe the technology was focused in the direction of currencies by the group/person Nakomoto as a way to intrigue fellow enthusiasts to explore new ideas.)Jordan) as a way to digitally and anonymously send payments between two parties without getting involved any third party to verify the transaction. It was initially designed to facilitate, authorize, and log the transfer of bitcoins and other cryptocurrencies.

How does Blockchain technology work?

Blockchain technology is quite easy to understand how it works. Basically, it’s a shared database populated with entries that must be confirmed and encrypted. Think of it as a kind of highly encrypted and verified shared Google Document, in which each entry in the sheet depends on a logical relationship to all its predecessors. Blockchain technology offers a way to securely and efficiently create a tamper-proof log of sensitive activity (anything from international money transfers to shareholder records).

Blockchain’s conceptual framework and underlying code is useful for a variety of financial processes because of the potential it has to give companies a secure, digital alternative to banking processes that are typically bureaucratic, time-consuming, paper-heavy, and expensive.(Jordan) Blockchain removes the need for time consuming financial processes and provides a digital solution to the bureaucratic and paper heavy bank solutions.

We should print this off, or versions of this, to handout. Its hard to explain due to the amount of content. So give them a copy then touch on a few items. They can explain the rest to themselves.

A cryptocurrency is a currency that limits entries in a database that no one can alter without fulfilling certain conditions.

The blockchain is a shared public ledger and whole Bitcoin network depend on that. All confirmed transactions are included in the blockchain. This way, Bitcoin folders can calculate their spendable balance and new transactions can be verified to be spending bitcoins that are actually owned by the payer. The integrity and the chronological order of the blockchain are enforced with cryptography.

A transaction is a transfer of value between Bitcoin wallets that gets included in the blockchain. Bitcoin wallets keep a secret piece of data called a private key, which is used to sign transactions, providing a mathematical proof that they have come from the owner of the wallet. The signature also prevents the transaction from being altered by anybody once it has been issued. All transactions are broadcast between users and usually begin to be confirmed by the network in the following 10 minutes, through a process called mining.

Mining is a distributed consensus system that is used to confirm waiting transactions by including them in the block chain. It enforces a chronological order in the block chain, protects the neutrality of the network, and allows different computers to agree on the state of the system. To be confirmed, transactions must be packed in a block that fits very strict cryptographic rules that will be verified by the network. These rules prevent previous blocks from being modified because doing so would invalidate all following blocks. Mining also creates the equivalent of a competitive lottery that prevents any individual from easily adding new blocks consecutively in the block chain. This way, no individuals can control what is included in the block chain or replace parts of the block chain to roll back their own spends.

“The blockchain is an incorruptible digital ledger of economic transactions that can be programmed to record not just financial transactions but virtually everything of value.”
Don & Alex Tapscott, authors Blockchain Revolution (2016)

From a business perspective, it’s helpful to think of blockchain technology as a type of next-generation business process improvement software. Collaborative technology, such as blockchain, promises the ability to improve the business processes that occur between companies, completely dropping the “cost of trust.” For this reason, it may offer knowingly higher returns for each investment dollar spent than most traditional internal investments.

Financial institutions are discovering how they could also use blockchain technology to upend everything from clearing and settlement to insurance.